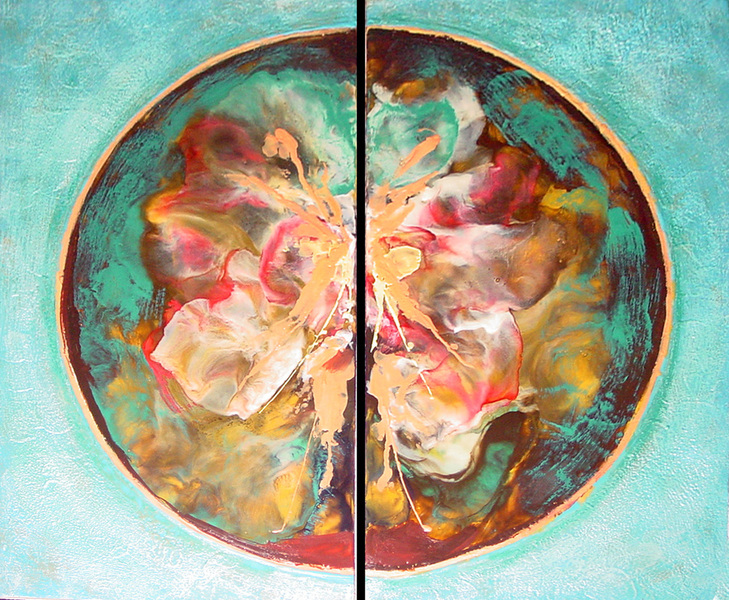 There is the Quantum Mechanics Duality of wave-particle;
Philosophy Duality of body and mind;
Duality concepts in Modern Mathematics.

For me, Duality is the whole being severed into two.
That which predetermines the need for Yoga (Union).
Without the separation of self we would not yearn, or desire anything.
Our five senses help separate The One, Source, Zero Point,
That which is beyond names into illusory pieces.

This abstract painting title fuses the ideas of Masaru Emoto's water messages,
Edward Maryon's Marcotone Sound Color Theory and Rupert Sheldrake's morphic resonance theory.
The idea behind the series is to create artwork which illicits meaningful dialogue among
scientists, clergy, zen students, yoga students, and anyone interested in the
spiritual side of quantum mechanics. Scientific language is now catching up with
the teachings of the ancient spiritual masters.
- C.S. Goodridge
©1997-2022 Carolyn S. Goodridge. All paintings, images and text by Carolyn Goodridge are copyrighted and protected by the Berne Convention. Any attempt to copy or make a painted imitation or derivation of this piece of artwork is against the law.