Morphogenesis of the Blue Wave Particle 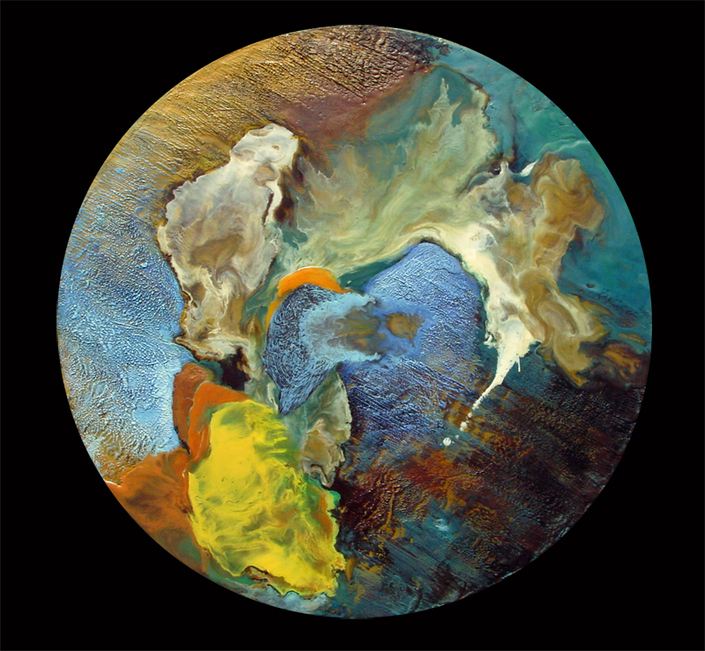 Morphogenesis of the Blue Wave Particle

Encaustic on Wood Panel
30" Diameter
"Morphogenesis of the Blue Wave Particle" is a part of the Zen of Zero Point, Age of Enlightenment Series.
It is a visualization of particle physics attempt to explain the nature of matter.
According to Michio Kaku, Theoretical Physicist, our world is made up of vibrating strings moving in
ten dimensional hyperspace. He says that the Mind of God is music resonating in ten dimensional hyperspace!

The late Zen Master Seung Sahn Sunim taught the artist about zen mind,
so this painting is dedicated to his memory and all zen students'
struggle to gain enlightenment in the world beyond quantum particle physics!
- C.S. Goodridge
©1997-2022 Carolyn S. Goodridge. All paintings, images and text by Carolyn Goodridge are copyrighted and protected by the Berne Convention. Any attempt to copy or make a painted imitation or derivation of this piece of artwork is against the law.